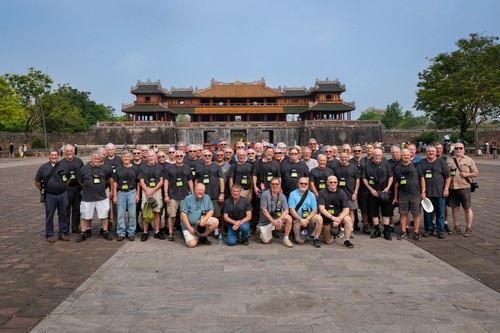 Our reporters and videojournalists won in the categories of Investigative Reporting and News Documentary.

For News Documentary, reporter Jeff Alexander took viewers on the Return to 'Nam Old Glory Honor Flight. The documentary, photographed and edited by videojournalist Bill Kumbalek, shows the triumph and tears as Wisconsin Vietnam veterans are warmly welcomed back to the country in which they fought during the 1960s.

The documentary was produced by Danielle Pahl.

“Murrow Award-winning journalism upholds the guiding principles of RTDNA’s Code of Ethics: truth, accuracy, fairness, context, independence, transparency and accountability for consequences,” said RTDNA Chairman Terence Shepherd. “Displaying technical excellence, creativity and innovation, this year’s winners have empowered audiences across the country to make more informed decisions for themselves and to become closer to their communities.”

Regional winners are entered into the national round of consideration.