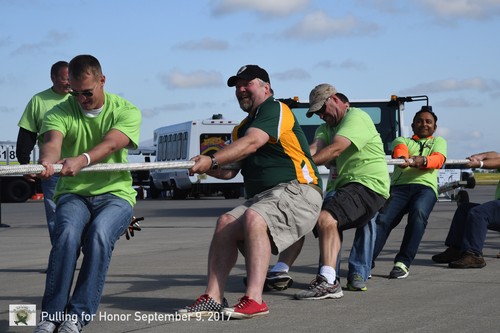 GREENVILLE (WLUK) -- More than 400 people competed in the "Pulling for Honor," competition in September at Appleton International Airport.

Friday, the organization was presented with a check for $75,000.

The goal is to fund a one-honor flight for 90 veterans and their guardians.

Van Kampen says they're aiming to do five next year as well.