Mission
Honoring Local War Veterans One Mission at a Time.

About Us
Old Glory Honor Flight was founded in 2009 by a dedicated group of volunteers based in Appleton, WI. Our original mission was to fly local WW ll veterans to Washington DC on a one-day trip to see the memorials built in their honor, including the World War ll Memorial. Through the years, our mission naturally transitioned to include younger veterans of the Korean and Vietnam wars.

The Old Glory Honor Flight missions are completely free of charge to the veteran; we believe it's a meaningful way to say 'Thank You' for their service and sacrifice. Every detail of their day long trip has the vets' best interest in mind to ensure they have a safe, memorable trip and one that conveys appreciation and admiration from our broad community. On each flight, we travel with trained volunteers who act as guardian escorts, a volunteer medical team, professional photographers and a host of others like the DC Park Police who ensure the veterans get the 'red carpet' treatment.

In 2020 we evolved somewhat based on all the 'special missions' and projects we executed that was an off shoot of our DC based trips because we believed we could do more. Projects like:The Old Glory Honor Flight Staff and volunteer Board of Directors are dedicated to Honoring Local War Veterans One Mission at a Time.
. 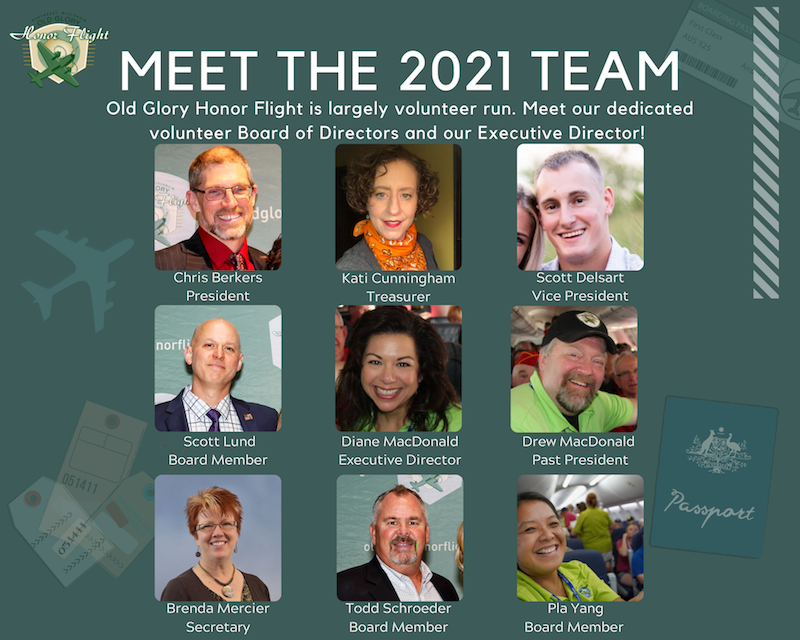